This is perhaps my most favourite poster out of the bunch; I feel that this poster alone conveys the sadness he feels now as a vampire rather than as a human.

Hey everybody! Told you that I wouldn’t be gone for long! As many of you may already know, “Scholar Who Walks The Night” began its broadcast just last week and omg…WHAT A BEGINNING! I’m sure I’m not the only one who has been raving about how awesome the start to this drama has been, but there is a reason why many can’t get enough of this drama right now.

And so, let me contribute my part to convincing any one of you out there who is currently still on the fence about this drama 😉

Set in an alternate Joseon dynasty, Jo Yang-Sun (Lee Yoo-Bi from Gu Family Book, Pinocchio) is the daughter from a collapsed noble family, who is forced to dress as a male bookseller in fear of being branded as a traitor of the country. As she goes out to sell her books, she encounters the handsome and mysterious scholar Kim Sung-Yeol (Lee Joon-Gi from Joseon Gunman, Two Weeks, Arang and the Magistrate), who is in fact a vampire.

This drama knows what it is doing. The way that this drama is currently being executed is absolutely a-ma-zing! It is action-packed, intense, and gives enough backstory to truly feel for our main character Sung-Yeol. As I’ve read online, many worried that this drama, due to it’s fantasy/sageuk fusion concept, would gradually become really cringe-worthy and unrealistic to watch. However, judging from the first two episodes, that was not the case as the acting and CG effects were handled very well, and was very enjoyable to watch. One of my biggest worries entering into this drama was honestly the vampire/fantasy aspect, since so much could go wrong with it. Thankfully, nothing has gone wrong (yet!) and I have high hopes that this probably won’t for a while! It’s also a bonus that this drama was based on a manhwa of the same name which I had been interested in reading, but I’m still not to grab hold of an English translation. Hopefully I will cause it looks sooooooo good~

Guys, doesn’t he look so good?! Doesn’t it look so appealing to read??!

*clears throat* Anyway, our first two episodes was just packed with all kinds of aspects: action, emotion, plenty of conflict and a well-developed foundation for an epic and complex plot. Pacing of the two episodes was exceptionally great! Although, I wished that they let me in the past a little longer though; I really became quite attached to Lee Hyun-Woo’s character, Prince Junghyun, and I really developed a liking to Kim So-Eun’s character too. It was really sad to hear that Hyun-Woo was only a cameo (I really liked him~) but I understand that it was done on purpose in order to become really attached to the characters, and understand the pain and suffering Sung-Yeol must be burdened with everyday due to the loss of both his best friend and love of his life (hopefully, this wasn’t a spoiler for you guys; I’M SORRY IF IT WAS!). The writing of the plot, likewise, does not seem clumsy despite the vampire-fantasy concept; Sung-Yeol’s inevitable transformation seemed amazingly believable and really pulled at my heart. In most stories you hear about vampires, there is always that tragic main character who seems to have lost part of their soul/self when they transform into a supernatural creature (especially in vampires apparently) however, they always sometimes seemed forced i.e. not enough backstory to really get me to feel sorry enough for them. In Sung-Yeol’s case however, this was different. I sincerely felt the shock and despair he must have gone through during and after his transformation; this was certainly not the fate he asked for or deserves. I have to applaud at Lee Joon-Gi’s acting performance for that because rarely do I feel so attached to a main character so soon in a drama. He is just so engaged with this character, and certainly has made Sung-Yeol his own. I mean, I wasn’t surprised at the awesomeness of his acting but sometimes, even the greatest can catch me off-guard. So, thank you oppa~ 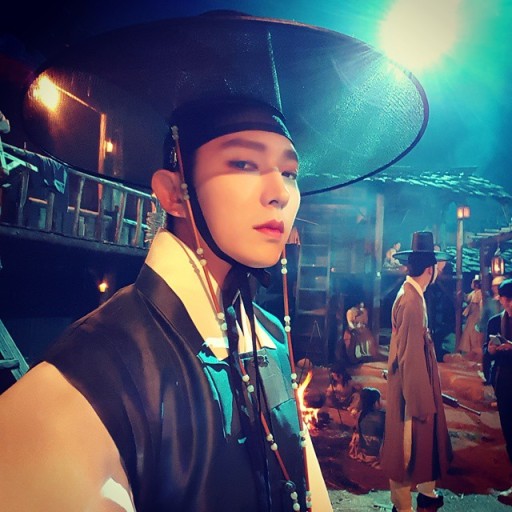 His attractiveness is honestly a bonus…just a little bonus…oh who am I kidding, of course it matters rofl

I feel that the main highlight seen from these first two episodes is the relationships between the main characters, and how each event that occurs between them is believable and sustained so well. If you are a person who has watched quite a number of dramas in the past, you can probably understand my frustration when certain events that occur seem more ridiculous than ever, and not one bit believable. Despite the setting and characterisation of certain people in this drama, never did I feel that when something happened that it seemed ‘silly’ or ‘unrealistic’. In fact, every single thing that happened had a definite cause, which led to a reasonable effect.

This particular scene kinda justifies what I was trying to express above. He didn’t want to become one, but is left no choice but to be the anti-hero of the Joseon people.

One thing that I will nit-pick on is probably Lee Yoo-Bi’s character Jo Yang-Sun. I can probably blame the lack of time given to her to really define her character, but I felt that she was the weakest link out of the bunch. She in particular hasn’t really warmed up to me yet however, I believe once I understand her backstory and why she has been forced into this cross-dressing gig, is probably the very moment when I will start rooting for her to be with Sung-Yeol blah blah blah you get the picture lol! Another thing may be her chemistry with Joon-Gi; I’m not sensing it yet (especially with appearance of Myung-Hee and their tragic love story) but I do have high hopes that Yang-Sun will be able to work her magic with Sung-Yeol’s muffled emotions. 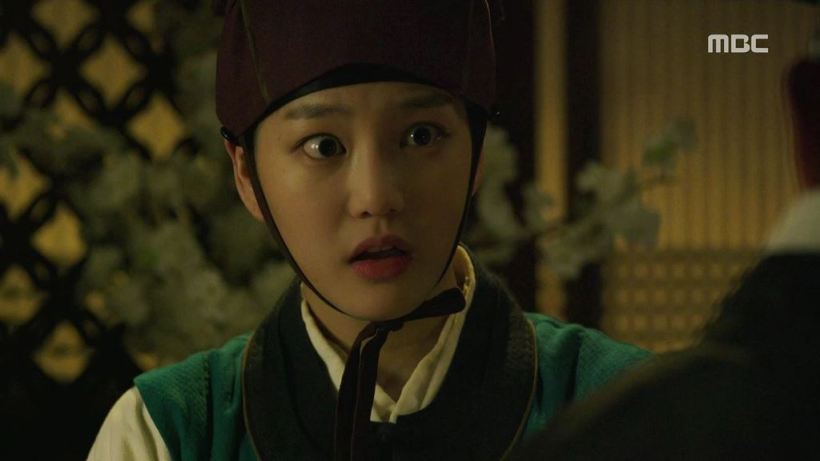 Yeah, she kinda has that generic range of expressions that doesn’t make her really iconic, but I’m not complaining.

But, apart from that, there is not really much that I can say which disappointed me or did something that I didn’t expect. Our hero and heroines are quite easy to like and root for, and even the antagonist of the drama, Gwi (Lee Soo-Hyuk from Valid Love, Shark, White Christmas) has a mysterious backstory which explains his motive as to why he is so power-hungry. Another main aspect that really appeals me to continue with this drama,which I think Javabeans from Dramabeans expresses quite well in her recaps of the drama is that both Sung-Yeol and Gwi, despite both being supernatural creatures, they seem almost as human as any other cast member. They both share so many similarities, despite the difference in motive they have in living. Gwi, even though he inhabits almost an unstoppably powerful force within him, still fears about the possibility of being defeated and therefore still strives to rid of any threat that may exist. Sung-Yeol, despite now having a continuous hunger for blood, is still able to restrain that thirst as if he is still trying  to retain that human side of him as much as possible. These two are facing their own personal battles to survive, which I feel is a prominent human instinct within all of us. I feel that Javabeans explains this a lot better than I’m doing right here, so please go ahead and check out both of her posts if you haven’t done so already. If you are also interested in another’s opinion, A Koala’s Playground has returned to the world of recapping, and gives her opinions and thoughts on the drama which I believe are quite interesting to check out.

And…I think that’s about it! There is not much more I can say apart from “I think this is worth the time investment” and that I will definitely be checking out the next two episodes that will be coming out in the next couple of days! Thank you all once again for joining me on this post, and I do apologise again for my lack of activity over the last couple of months; this will be explained soon, I promise!

Love you all, and I’ll see you in the next one!

2 thoughts on ““Scholar Who Walks The Night” First Impressions: I AM PUMPED FOR THIS!!!”