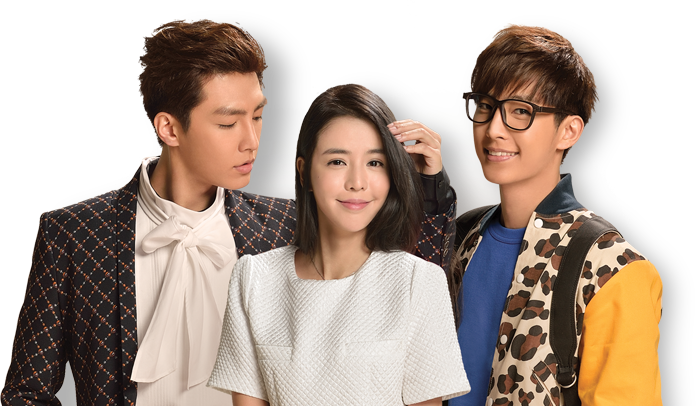 Haha another poster pic! This one looks cuter >//<

Soooo, I am back with my updated/current trek with “Fall In Love With Me” (愛上兩個我). We have just reached the third-way mark (does that make sense people?? Does it??) of the drama and can I just say that initially, perhaps I was too quick to judge this drama. Sure, the drama is not exactly the most amazing one I’ve watched in a while, but the drama is definitely having those moments where it just suddenly shines through.

So, this post is just here to let you guys know how I’m finding the drama so far, and whether or not I would consider following the drama to the end. Also, this isn’t exactly a recap post (I can’t write proper recaps, trust me! I don’t believe that I am worthy of it!) but I can’t guarantee that I will avoid spoilers. Of course, I will try to not say too much, but no guarantees can be made here hehe!

Note: Just as a fun fact, both my Chinese and legal name are used as characters in the drama! Helen is my legal name, and Huan Huan (歡歡) is my Chinese name. It gets real weird when both are in the same scene; I feel as if they are all calling me LOLOL!

*clears throat* So, apart from the slightly awkward fun fact, let’s get busy!

How the drama is coming along so far:

First off, I have to give credit to the drama for really pumping up the pacing and numerous storylines which would give the drama more layers to work with. Initially, I was slightly worried that the drama would mainly focus on the idea that Lu Tian Xing (Aaron Yan) is caught up in the struggle to define his real identity – is he Tian Xing, or is he Xiao Lu?

However, the drama continues to prove us wrong, as they gradually hint on more multifaceted characters. Initially, we believe that perhaps Tao Zi (Tia Li) is the more developed character of the two, with both her back story involving her brother and family would act as a significant catalyst for future dilemmas. But, we also end up discovering that Tian Xing is more than he seems, which may eventually explain his success in the advertisement business. Whatever happens though, there is one thing that is certain – despite the slow start, we may be able to understand more about both of our main leads.

And, going back to the point made about whether Lu Tian Xing’s struggle with identity is a main focus of the drama, despite the fear that this concept may become slightly dominating overall, it didn’t become this way. In fact, I actually love the whole ‘struggling to understand who you really are’ idea that they have imbedded into the drama throughout, especially as Tian Xing is continually struggling to get the girl with both identities. Eventually, he makes the decision to give up one for the other, hoping to earn the entirety of Tao Zi’s love. It was truly sad at certain scenes to see this man questioning his actions, and asking himself “Who are you now? Is this the ‘me’ that I know?”, which in turn referred back to the ending theme “This is not me (這不是我)” sang by the man himself. It seems unique, and not overly done. And Aaron certainly portrays Tian Xing’s struggle quite well in the drama, with small yet detailed actions that make our hearts ache for him, who can’t seem to get the girl no matter how hard he tries.

Also, a last point that I want to mention is that OST. Despite the dominance of Aaron’s voice throughout the drama so far, not one song has been disappointing. My favourite (apart from the ending theme) has to be “Taipei Dreamin’ (台北沉睡了)” which is both full of ballad-awesomeness, as well as being something that is calming and peaceful to listen to before going to bed. I’ve got the drama MV below; you all should go ahead and check it out! The rest of the OST are great as well, and they are played in certain scenes that really do set the mood.

The slight concern that I am worried about at the moment, is the whole fact that this drama is apparently 30 episodes long…I cannot even begin to imagine how this drama could last that long with a interesting and complex plot. With the last episode that I have watched, I cannot comprehend how they will continue to push this drama forward for another almost 20 episodes. I am scared that this drama may possibly drift into the category of those ‘dragging on and on with no solid plot’ dramas, which I’m sure is something that none of us want!

Also with this drama, the other concern that I am beginning to have is certainly character development. Some characters are fine, but for some others, they are just soooo lacking. For example, Tao Le Si. Tao Le Si is perhaps one of the most blandest characters I have seen in SO LONG! I don’t really want to go into too much detail (spoilers alert everybody!) but honestly, her character is on a roller-coaster ride of hell. From unicorns and rainbows to ultimate emo-depressed mood, her characters encounters millions of emotions over the course of a couple of days! It was so uncomfortable to watch, and with what the most recent episode had shown, Tian Xing’s actions just added more oil to the fire. *Sigh* I was not concerned about her side of sadness and emotion; that seems reasonable enough if the person you love (who you believed loved you back) just walked away without saying goodbye. But the writing of the character took it a step too much for my liking…I did say that both Tian Xing and Tao Zi’s characters are developing yes, but I have to admit that they are not exactly morphing into the characters that I like and love to bits yet.

I mean, they are great when they are sweetly together, but as separate characters, they are not exactly perfect…

And it is slightly the same for the other characters in the drama too. To many, that may seem like a very minor issue, but considering that the entire cast is always here and there, it would be great to see some further stretching of their stories as well. Leo (Jack Li) in particular is that one character that I am having trouble with rooting or hating. As the other potential love triangle/square candidate he is definitely not putting up as such a big fight as he initially did in the beginning. He may be there as more like a brotherly figure, but considering that we as the audience (and practically the entire cast apart from Tao Zi) are aware of his feelings towards Tao Zi, it is impossible to ignore him as a potential love interest. But, the fact that he is technically a second main lead yet does not act like one is definitely the more frustrating point. Yes, perhaps the whole ‘one man, two faces’ problem is reason why he is backing off, but I have never seen a slower, inactive second lead (at least one who clearly has feelings for the main girl) as Leo is. Honestly man, just get your act together and begin to go after her! Yes, maybe this will change in the coming future when more events unfold but for now, he is definitely a character that I have a lot of trouble understanding. If he loves her so much, shouldn’t he go after her when he is quite clear that her relationship with Tian Xing or Xiao Lu is potentially dangerous? *Sigh* Can not compute, can not compute…But then again, this is a drama, and when did dramas ever make entire sense??

See that? I want more expressions Leo!! A thoughtful look at the girl you love isn’t gonna get you any closer to her than you already are! Do something already!!!

Would I continue watching this drama?

The short answer is: yes, I will continue to watch this drama.

The longer answer is: I am watching this drama mainly because I am on uni  holidays, and I can invest some substantial time and effort into the drama. Considering that I have not hit the halfway mark yet, I will continue to check out how this drama will turn out, and maybe make another decision once I hit that 15 episode mark. The main leads are definitely growing on me, and I am slightly intrigued to see how this drama will go. Despite the slight handful of problems that I might have with it (as anyone would with any other drama), they are not significantly bad to the point where I will drop this drama as quick as a hot potato.

So, I hope you all enjoyed this slightly short update on my trek with “Fall In Love With Me” (愛上兩個我)! It has definitely caught me off guard with its multifaceted plot and developed characters, as well as that really good OST. I will definitely make another update in the future as I continue watching it, just to let you all know how it is coming along. I also do apologise the lateness of this post; it was due to be posted at least 4 days ago but, I was slightly busy preparing for next semester with the whole “professional engagement” legal issues (I am studying to be a teacher by the way hence the ‘engagement’ thing). I won’t be as late with the other posts in the future, as it will be mostly watching dramas and making reviews from here on in. Also, I still need to write a couple of first impressions, which will be coming, I promise! 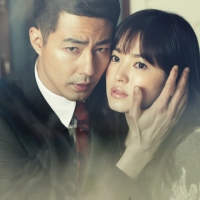