Hi guys! I am finally writing my first post in regards to a Taiwanese drama!! *Confetti explodes everywhere* It has been a long time coming, but I’m hoping to watch a lot more variety in terms of dramas and movies because obviously, my blog is very Korean-oriented…oops!

Anyway, today I will be discussing my first impressions of the new Taiwanese drama “Fall in Love with Me”, and also let you guys know whether or not I will still continue checking this drama out. Soooo, let’s get started!! 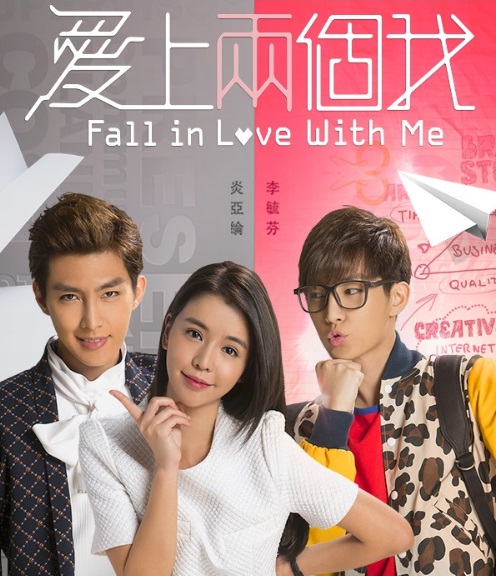 And yeah, if you couldn’t tell that they were both the same guy…*shrug* I don’t know people…

“Fall in Love with Me” is a Taiwanese drama about a young, successful man of an advertising agency who one day drops everything and just goes on vacation for three months. During this time, he goes by an alias, and is determined to help a smaller ad agency grow and stumble across some financial hurdles. However, not everything goes to plan, and the main leads are tangled in more issues than just simply trying to find ways to earn more money for the agency.

The drama stars Aaron Yan (Just You, A Time of Love, Death Girl) as Lu Tian Xing (real name)/Xiao Lu (alias) and Tia Li (Hayate the Combat Butler, Summer’s Desire, Fabulous Boys) as Tao Le Si. It has been quite a while since I have gotten myself into a Taiwanese drama, and I can kind-of remember why. One thing that I usually find with most Taiwanese dramas (and I do apologise to anyone out there who will find this terribly offensive) is that there is rarely a great variety and uniqueness in scripts and storylines. Also, there is truthfully a lack of great and slap-in-your-face acting talents. I can not say this confidently about the male talents out there, but I think that most may be able to agree with me when I say that there has been a slight…decline of female talents over recent years. The last proper Taiwanese drama that I had finished from start to finish was (I think anyway) “Skip Beat!”, and I had just barely finished it due to the fact that both Siwon and Donghae oppa were in it (and also the fact that Skip Beat is possibly my most favorite manga of ALL TIME). If it weren’t for either points, I would have not even gotten through a quarter of it.  Honestly, I just could not stand Ivy in that drama. Her acting was so-so, but it was just the whole charade and lack of originality from her that just made the entire drama such a let-down – she was the main character after all!

And with this drama (“Fall In Love With You” I mean), I can see that it may possibly be following the same fate. Aaron is doing a brilliant job in portraying both Tian Xing and Xiao Lu with such diversity; his singing is amazing too. But…come on Tia, really? I’m not finding her annoying or anything (I think I have been scarred from Ivy’s performance in “Skip Beat” :S) but…why do I feel as if she isn’t exactly displaying a large range of expressions in terms of her emotions?

This is her “I’ve just seen a naked man” look 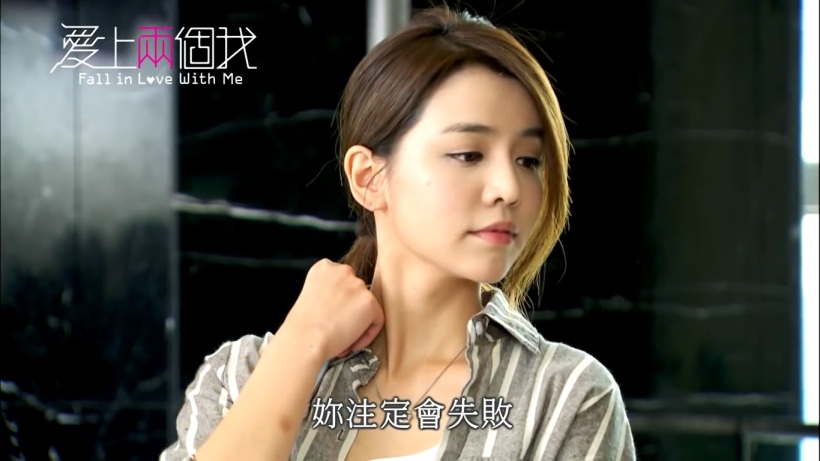 This is her look when she sees Lu Tian Xing aka HER WORST ENEMY! This is the look she gives when she is literally 3 cm away from Aaron’s lips! Can you be at least a little worried here?!

And so, with the evidence I have provided above, I would like to thus prove that she has possibly the least variety in facial expressions I have ever seen on a female lead in a while (Shin Se-Kyung’s character from “Fashion King” would have been my last case) Hopefully, she will take to the character a bit better later on but from what I’ve been seeing…*sigh*

Yes, not everything is perfect, but there is nothing that signals to me that I shouldn’t keep going with it. Aaron currently is doing a slightly better job than Tia, but more work needs to be put in to make me wanna chase after this drama for the next couple of months! Hopefully, Tia will develop into her character a lot more as time passes, and that something a lot more dramatic than a broken watch appears more significant in the story plot along the way.

Ooooo a broken watch…which then leads to future debt for our female lead…why am I not surprised??

Here is a teaser for the drama if anyone is interested in checking it out for themselves!

Thanks for sticking around with this short first impressions! Empress Ki is finishing up next week (OMG WHAT AM I GOING TO DO AFTER IT’S OVER??!) so, stay tuned for a possible review~

Thanks guys, and I will catch up with y’all very very soon~

15 thoughts on ““Fall In Love With Me” (愛上兩個我) – First Impressions: Hmmm interesting….*cough cough*”